Presentation by Sybille Krämer
As part of the series of events organized by the Alexander von Humboldt-Institute for Internet and Society (HIIG), Sybille Krämer will speak about the origins of digitisation. These are much older than we think.

It is often assumed that digitisation and computer technology are inseparably linked. However, digitality is part of a much older cultural history, namely the symbols and signs that people have been inventing and developing since the first cave paintings, the first characters and mathematical symbols humans used to describe structure and share their world. Digitisation thus did not come through machine technology, but rather through early symbolization practices. In this light, the alphabet is a prototype of a digital system, but also all the counting systems that quantify and make our world comparable. In her lecture, the philosopher Sybille Krämer therefore tries to dissolve the connection between digitisation and computer technology in order to understand why digitalisation can penetrate our lives and our society so quickly and so profoundly. In fact, there are answers to the questions “What is the meaning of digital?” and “What is the meaning of digitalisation?” that reach beyond computer technology.

Sybille Krämer is professor emeritus of philosophy at Freie Universität Berlin and is senior professor at Leuphana Universität Lüneburg since March 2019. She has been a member of the German Council of Science and Humanities, a permanent fellow at the Wissenschaftskolleg zu Berlin, and a panel member of the European Research Council. Her research areas include epistemology; philosophy of language, writing, and image; symbolic machines; and digitisation as a cultural technique.

The event will be held in German and simultaneously translated into English. For press accreditation, please contact Luise Wolf.

This event will be recorded and broadcasted live. By signing up you consent to be photographed, filmed and/or otherwise recorded during the event and to the use of the content in connection with the promotion and public relations of the event. 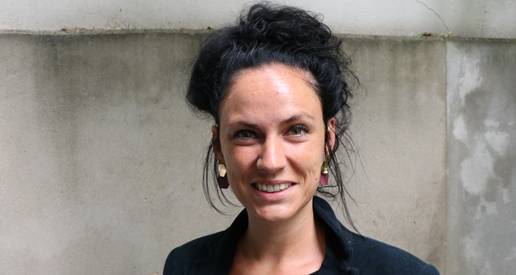