The problems children and young people face in the Czech Republic, Estonia, Italy, Norway, and Slovakia when dealing with digital media can be seen in the preliminary report of a current survey conducted by the research network EU Kids Online. The report was published on the occasion of the ‘Safer Internet Day’ on 5 February 2019.

In terms of privacy, the most common problems mentioned were spyware and viruses. Only a few children claim to have lost money or been cheated out of money on the Internet (between 2% and 5%), although these figures are slightly higher than in 2010. Between 5% and 10% of children said that they spend too much money on in-app purchases or playing online games.


A comparative evaluation of the data from all participating European countries, currently 15, will be available in autumn 2019. Findings from the corresponding survey in Germany will be published in July 2019.

The international research association EU Kids Online investigates the use of the Internet by children in 33 European countries. The project was launched in 2006 under the direction of Sonia Livingstone. In 2014, Uwe Hasebrink, Director of the Leibniz Institute for Media Research | Hans-Bredow-Institut, took over the coordination of the network.

The press release of EU Kids Online is available for download (pdf). 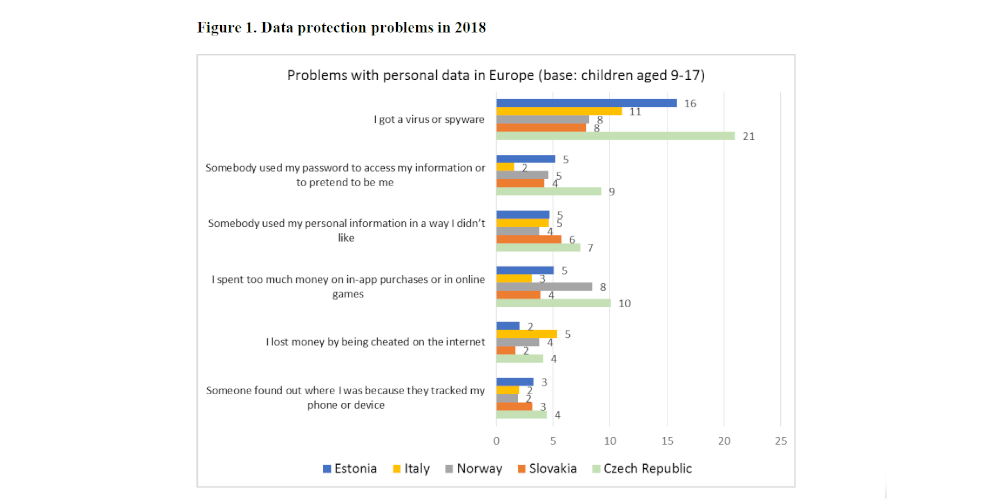