Anna von Garmissen has been a research assistant at the Leibniz Institute for Media Research | Hans-Bredow-Institut (HBI) since April 2021. She works in the project "Journalism under Duress: Risk and Uncertainty in a Changing Mediascape" funded by the German Research Foundation. In cooperation with numerous universities and research institutions, the study sheds light on risks and uncertainties that journalists face in Germany, Austria and Switzerland as well as worldwide. The DFG project is part of the international study series "Worlds of Journalism".

Anna von Garmissen studied German studies, journalism and political science in Mainz, Fribourg/Switzerland and Bamberg. She worked as a student assistant in the research project "Institutionalisation of Computer Networks" at the University of Bamberg, among others. After graduating in 2001, she completed a traineeship as a media journalist. From 2003 to 2007, she worked as an editor at the publishing house Rommerskirchen ("Insight", "prmagazin") and was then editor-in-chief of the specialist magazine "journalist" in Bonn.

Anna von Garmissen has been working as a freelance media journalist in Münsterland since 2016. Her clients include the specialist publisher Oberauer ("kress pro", "PR Report", "Wirtschaftsjournalist"), the Deutscher Journalisten-Verband (DJV, German Federation of Journalists) and "Übermedien". She was head of the gender-monitoring department at the non-profit association ProQuote Medien from 2017 to March 2021. During this time, she prepared three studies on the gender distribution in editorial positions of responsibility. Her work focuses on innovations in the media and communications industry, equal opportunities and diversity, as well as education and quality in journalism.

In addition to her work at the HBI and occasional freelance assignments, Anna von Garmissen is an education officer for the DJV-NRW and is involved as deputy chairperson at the Press Association Münster-Münsterland. 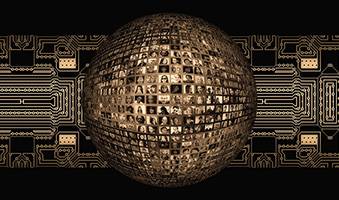 "Chance durch Innovationen - Wege aus der Journalismuskrise" [Opportunity through Innovation - Ways out of the Journalism Crisis], participation by A. von Garmissen in a panel discussion at the Friedrich Ebert Foundation on 20 April 2021 (online participation).