The Leibniz Institute for Media Research │Hans-Bredow-Institut (HBI) was founded in 1950 by Nordwestdeutscher Rundfunk (NWDR) and Universität Hamburg as a foundation under civil law with legal capacity. The institute has been a member of the Leibniz Association since 2019.

Bodies of the Institute

As a legally responsible foundation, the Institute has four bodies according to its statue: The Curatorship, the Directorate, the Institute Council and the Scientific Advisory Council.

The Curatorship serves as the supervisory body of the Leibniz Institute for Media Research | Hans-Bredow-Institut; its constituent meeting took place on 15 March 2019. The curatorship advises the Directorate and supervises its management as well as the preservation of the foundation's purpose. It has a comprehensive right to information.

The Institute is managed and legally represented by the Board of Directors, which currently consists of two members who represent the Institute's research perspectives as well as its commercial management.

The Directorate consists of the managing director Dipl.-Kffr. Kristina Hein and the 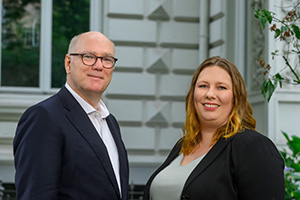 The directorate determines the research plan. The scientific directors are appointed by the Curatorship for a period of five years.

The Leibniz Institute for Media Research │Hans-Bredow-Institut (HBI) is a foundation without endowment capital, which pursues exclusively charitable purposes and makes no profits. Since it was admitted to the Leibniz Association in 2019, the Institute has been funded on a pro rata basis by the Federal Ministry of Education and Research (BMBF) and by the joint research funding of the Länder, represented by the Ministry of Science, Research and Equal Opportunities and Districts (BWFGB) of the Free and Hanseatic City of Hamburg. In addition, there are other grants and donations as well as revenues from third-party funded projects and publishing products. As a non-profit foundation, the Institute is able to issue donation receipts.

The largest share of the Institute's expenditure consists of personnel costs. Due to increased funding from the City of Hamburg, the staffing plan has been expanded somewhat in recent years in order to open up new fields of research.

The Hans-Bredow-Institut was founded on 30 May 1950 by the Nordwestdeutscher Rundfunk [Northwest German Broadcasting Corporation] (NWDR) and Universität Hamburg as a foundation under civil law with legal capacity. The Institute was named after Hans Bredow (1879-1959), State Secretary and Commissioner for Broadcasting in the Ministry of Posts in the Weimar Republic, who made a name for himself in the Weimar Republic as a pioneer of the technical development of broadcasting. He was awarded the Knight Commander’s Cross of the Order of Merit in 1954 for his services in establishing the organisational structures of broadcasting in the Federal Republic.

Since 2019, the institute has been a member of the Leibniz Association under the new name Leibniz Institute for Media Research │ Hans-Bredow-Institut (HBI).

The purpose of the independent non-profit foundation Leibniz Institute for Media Research │ Hans-Bredow-Institut (HBI) is to conduct media research, especially in the field of radio and television as well as other electronic media, in an interdisciplinary manner and to make the results available to science, practice and the public. More about the history see below. 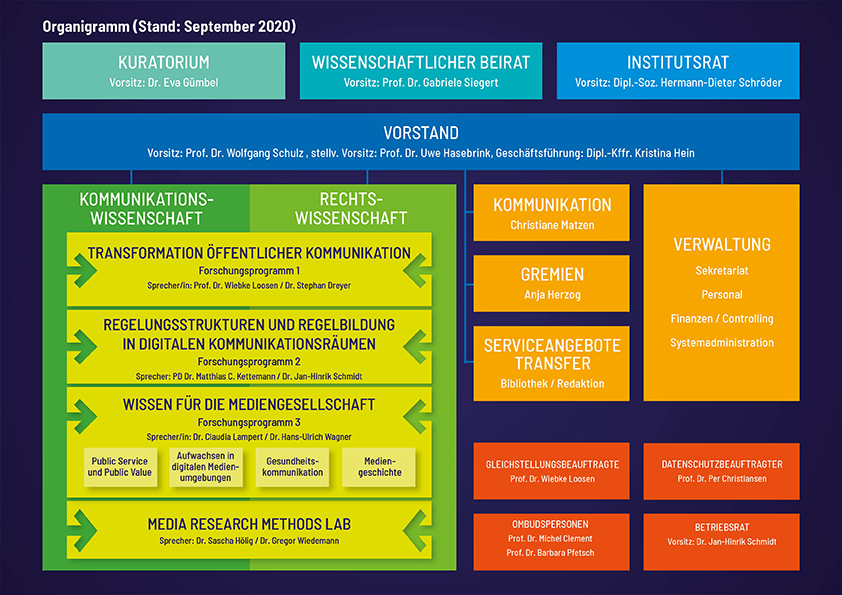 The organisation chart gives an overview of the structures and organisation of the Institute (September 2020).

THE HISTORY OF THE INSTITUTE

The Hans-Bredow-Institut was founded on 30 May 1950. See what has happend so far.

WHO WAS HANS BREDOW?

More about the life of our eponym Hans Bredow